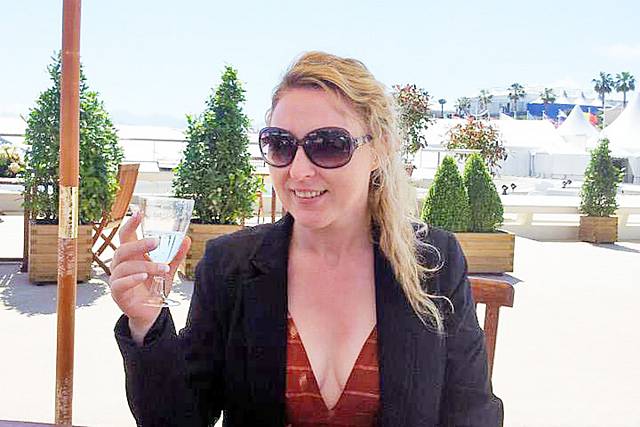 Rochdale actress Amanda Fleming has returned from the Cannes Film Festival where she was promoting her film, ‘Titans of Newark.’

Amanda, who stars in the film, described her time at the film festival as “absolutely fantastic.”

She said: “It was a brilliant experience and involved a lot of meet and greet events and promotion of the film.”

Amanda attended the festival to help promote the film and to encourage people to watch screenings of it. The film, which is a 30 minute comedy, tells the story of Greek Gods who fear that they have lost the power that they used to have to the human race.

Amanda said: “I was getting 15-30 emails a day from people telling me that they had seen the film and that they really enjoyed it.”

As well as promoting the film, Amanda spent time at various networking events.

“We would be at these events were we could meet produces and people from the industry and they would be serving Champagne and cocktails,” said Amanda.

‘Titans of Newark’ is also set to be screened at the London International FilmFestival and the Isle of White Film festival later this year.

Amanda added: “Because of the response the director got to the film, he was offered money to make a feature film so he was off doing that and that is why I went to Cannes. It was something I would definitely go back to again.”

Amanda is now hoping to start production of her own film and hopes to have it shown in next years Cannes Film Festival. The film would be a supernatural
gothic horror.

“We have a theatre script written and we are about to make the 40 second teaser trailer and then after that it is just about getting people on board to help us make it. I was lucky enough to meet a few people at the festival who said they would help if we could get something together,” said Amanda.