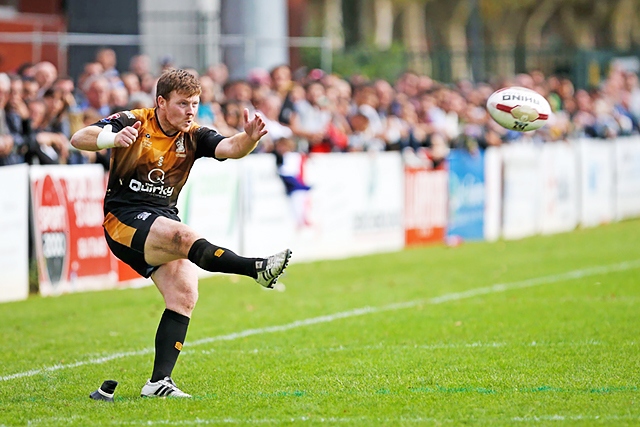 Crook, 33, hung up his boots after leading Oldham to promotion in the championship this year, and will now become assistant coach of St. Helens’ reserve team.

Also known as ‘the Ginger General’, Crook played for Hornets for seven years, leading the team to win a promotion to the Kingstone Press Championship, having beaten Toulouse Olympique in 2016.

Crook also equalled the Hornets’ all-time point scoring record with 1,497 points, a record which has stood for 86 years.

He signed to the Roughyeds in 2017, after playing one season with Whitehaven.

Crook said: “After a brilliant grand final win with Oldham, I feel that there is no better way or time to bow out of this part of my career in rugby and move on to the next stage.

“After being offered an opportunity too good to say no to and learn in the best environment possible, I’m looking forward and proud to be going back to the place where my professional career started all those years ago, and take up the reserves assistant coach role at St. Helen’s.

“I would like to take the opportunity to thank everyone at Oldham for an amazing two years.”