Rugby League: Hornets fans pack another £1,000 in the bank 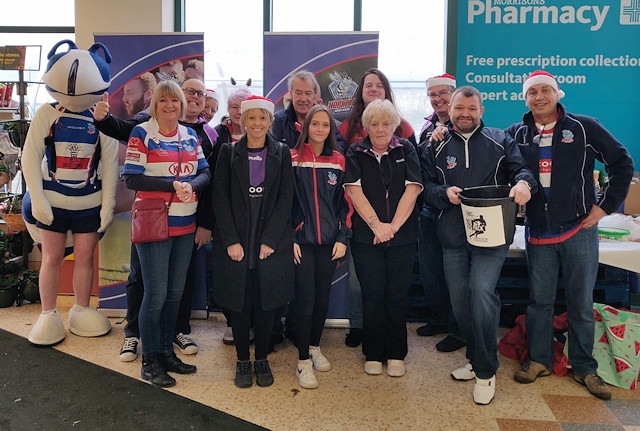 Hot on the heels of their successful Festive Quiz, last Sunday's 'Big Pack' bag-packing event at Morrisons supermarket on Kingsway put another four-figure sum into the 100% Hornets coffers ahead of the 2020 League 1 season.

Fans old and young were joined by head coach Matt Calland, Hornets players Seta Tala and Dec Sheridan and club mascot Hercules the Hornets to pack customers' shopping, hand out fixture lists and help promote the club ahead of the forthcoming season.

An association spokesperson said: "To raise over £2,000 in two weeks is a phenomenal effort. This group of loyal Hornets fans has worked so hard to get these events off the ground this month – and they've been a fantastic success. And, of course, massive thank you to Morrisons for their help in making this happen."

In the year since its formation, the independent supporters' association has raised almost £7,000 for its parent club - and in the next year it's looking to raise even more.

The spokesperson continued: "With the takeover of the club voted through this week, it's vital that fans show their support of the new board and its vision for the future – and we invite more fans to get involved in the New Year so we can give Andy Mazey and Matt Calland the very best chance of success."

The next official Rochdale Hornets event is the free Kids’ Christmas party which takes place this Sunday (15 December) at the Crown Oil Arena at 1pm.

Everyone is welcome - even big kids. There will be food, entertainment and a visit from Santa.