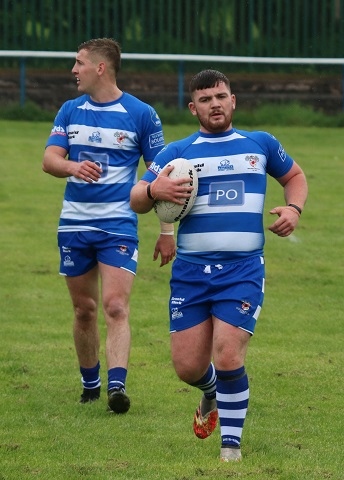 This will be the first game for both sides in this shortened season and there is no way of measuring the teams against each other until they're on the pitch. In the last full season played, Waterhead were in the third division while Mayfiled were in the elite Premier division. Obviously this counts for nothing now as the sides return to the game, both with a clean slate.

This will be a shortened season with seven leagues of seven teams and then playoff games, before hopefully returning to full structured leagues next season. None of that matters though; once the whistle blows on Saturday, it's game on and both sides are looking to win.

Little is known about the Oldham side at the minute so Mayfield coaches Sam Butterworth and Steve Wood are concentrating on their own side and what they know.

They have a great blend of youth and experience, with Chris Hough, Rob Kershaw and John Foy in the squad alongside Cole Connelly, Jackson Kelly and Jordan Parr.

The Mayfield coaches have a full squad to select from and will be looking for a strong start from the boys.

"We aim to go out and take these first two points and stake our intention of doing well this season."

Supporters can also now catch up with games and the latest news along with player interviews via Mayfield TV on YouTube, thanks to Jack Woodman who has spent many hours creating this latest development.