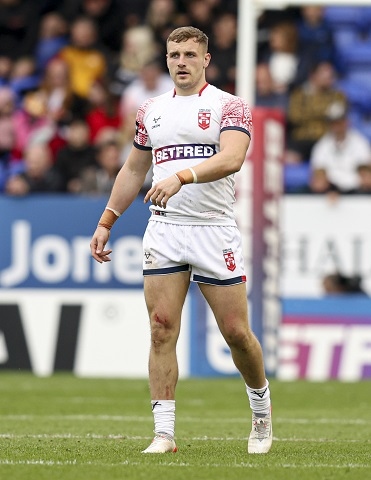 Former Mayfield player Matty Lees made his England debut this weekend in the mid-season international against the Combined Nations All Stars in Warrington.

The Mayfield junior graduate made his first team debut at Wakefield in 2017 before joining the Saints.

Lees was named Super League’s Young Player of the Year in 2019 and also took away the same award at the Saints Awards Dinner in the same year.